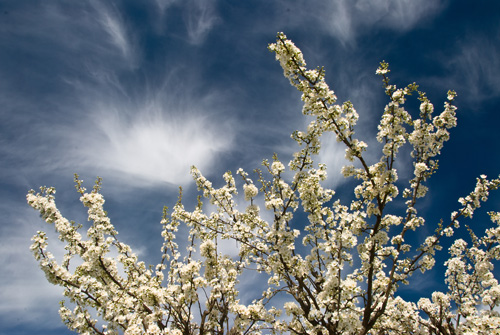 Everyone first notices the unusual (for us anyway) formation of the clouds in this photo. 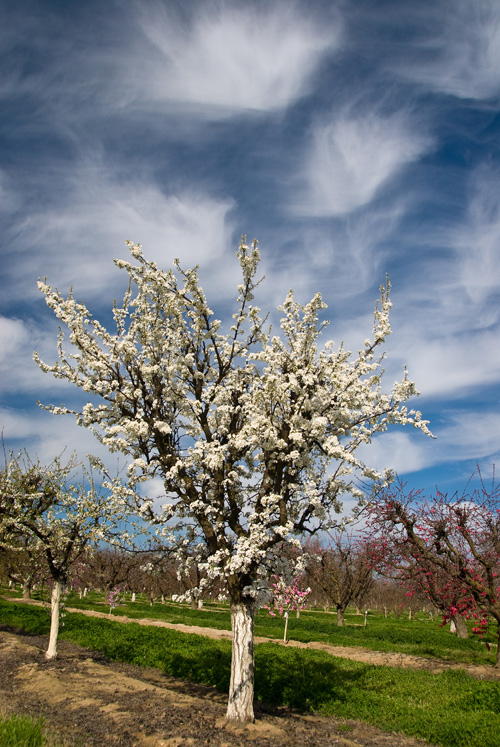 Burgundy Plum Bloom (and pruned hard for budwood - not fruit)

What is not unusual is the yearly, stunning white bloom of the Burgundy Plum.   Most of us only think of the edible plums for their summer fruit and forget about the attractive spring bloom.  The Burgundy Plum has one of the nicest.  Again you get two seasons with one tree. 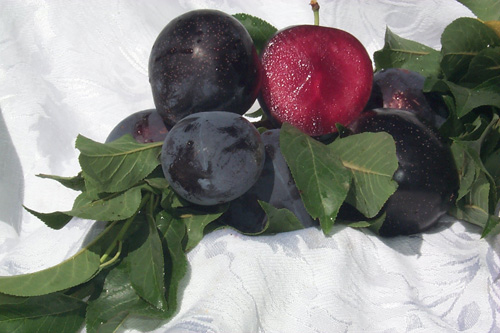 The Burgundy Plum is one that nearly every nursery should sell.  It is an excellent tasting, red fleshed Japanese Plum which for us ripens over a long period from Early July until late August and sometimes into early September.

Burgundy Plum is self fertile which eliminates the need for a pollinizer in the small yards of many homeowners.  In my opinion, it tastes just as good if not better than the old favorites of Mariposa and Satsuma Plums - each of which requires a pollinizer to fruit.

It has a wide climate range too.  Needing less than 350 hours of winter chilling allows this plum to be used in the many of populous coastal areas of our country.  It is also fairly cold hardy, comfortable going into USDA Zone 7 and probably into Zone 6.

Every nursery should carry at least two varieties of edible plums - one being red skinned with amber flesh (like Santa Rosa, Methley, Beauty) and the other a red skinned, red fleshed plum like Burgundy.